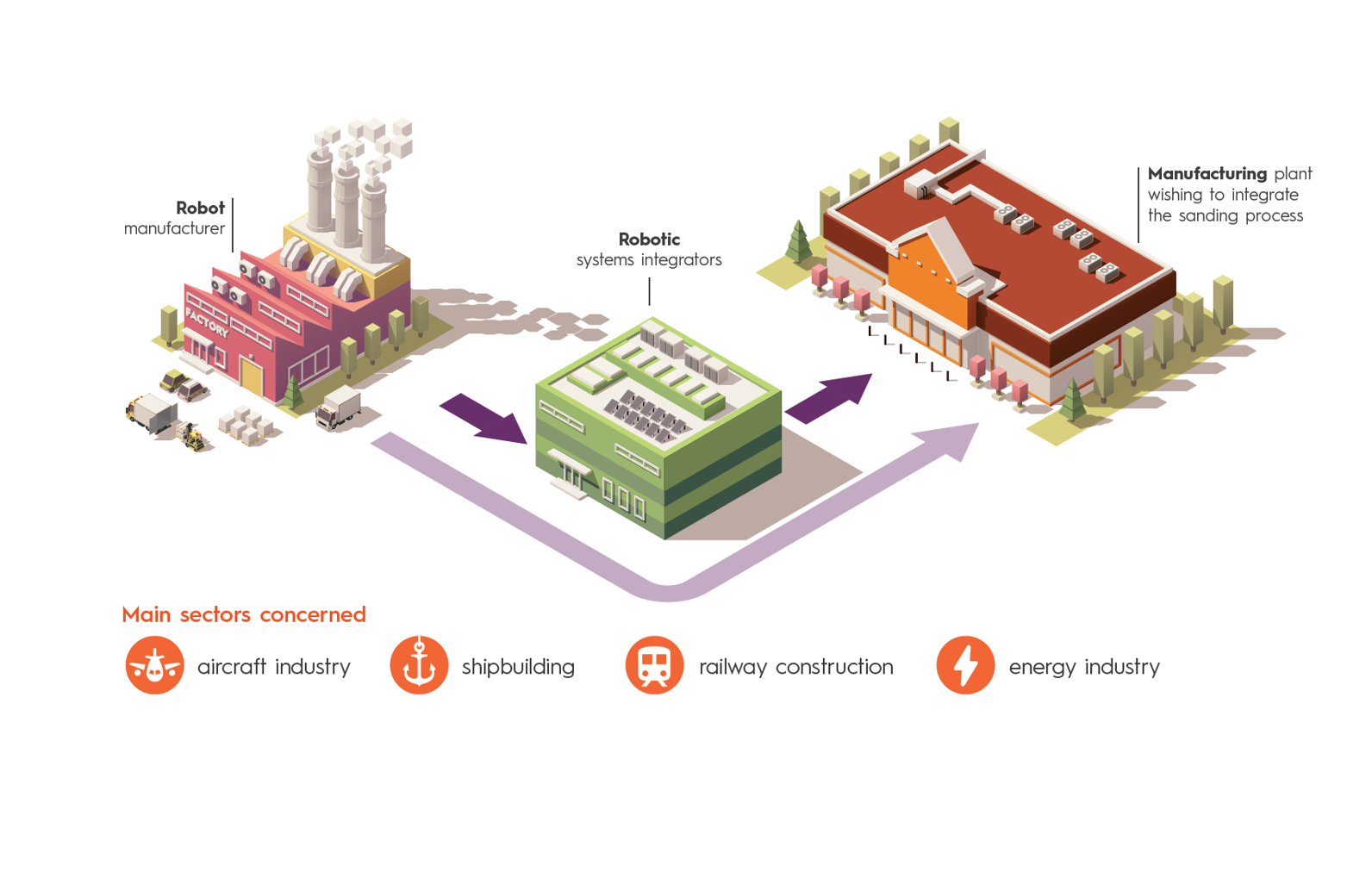 Two types of providers will be involved in equipping a company with an automated sanding system: the manufacturer, which has the knowledge of the robot and its impact on the process, and the integrator, which will focus on adapting the robot to the core process. These two interlocutors with their complementary skills generally work as partners, which enables both of them to advance their level of expertise and well as optimising the entire robotisation ecosystem.

A wide choice of equipment and applications

The automation of the sanding process can be applied just as well to surface preparation ready for bonding or painting as to cosmetic finishing with matt, brushed or polished effects. ‘Surfaces ranging from 1 mm² to 80 m² can be treated. The only limitation is the size of the robot compared to the space available on the site,’ explains Patrick Gascher.

‘The robot arm can be equipped with an electric rotary or roto-orbital sander – the most common solution – or a belt sander. In this case, the robot can hold either the sander or the piece to be sanded. It is also possible to fit on a diamond disc grinder.’

Expertise in some unusual areas

Robotisation allows for a very wide spectrum of applications, as one of Gebe2’s specialities illustrates: ‘We have acquired an undeniable body of expertise in industry, particularly in sanding very large parts such as airplane engine pods.

As the surfaces to be treated are extensive, the robot cell is equipped with three sanders to limit the time the operation takes. We have also created a different device for a more complex and more subtle operation: the sanding of air intake lip skins. To achieve perfect homogeneity, the robot has to take account of the initial deformation of the lip skins and the anodising done after completion of the sanding process.’

The integrator has also developed the first adaptive sanding robot cell. Designed to prepare the surface, it is equipped with sensors that ‘indicate the corrections to be made to achieve, for example, uniform deformation in the sheet or a specific paint thickness across all of a surface.’

Back to main page (Sanding robots)